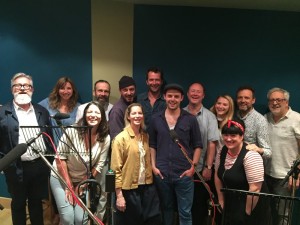 Holloway’s political interpretation is brought to life by an ensemble cast including Sienna Guillory as Marguerite Blakeney and Enzo Cilenti as the spine-chilling revolutionary soldier, Henri Chauvelin.

Muscular acting, pungent words, threat and jeopardy replace the whimsy of other adaptations and are floated on a contemporary, filmic score written by Sarah Llewellyn, with sound design by Wilfredo Acosta.