A Tale of Two Cities

Overlapping language links together like a constant song. Voices rest atop dramatic violins and dialogue builds up into a haunting refrain sung pitch perfect by the actors, in between scenes to indicate the passing of time.

A Tale of Two Cities: Blood for Blood

A Tale of Two Cities 2023. Hong Kong, Chung Ying Theatre. A ‘thrilling production’ for stage by Jonathan Holloway with a ‘beautiful and mesmerising ‘ original score and sound design by Sarah Llewellyn.

Following the first production in Hong Kong and the Edinburgh Fringe in 2016 the show has been translated into Cantonese and will be performed with a Hong Kong cast spring 2023.

Sarah Llewellyn’s haunting vocal score, sung by the cast at intervals throughout the narrative, gives the sense of powerful forces at work – love, revenge, and civil unrest – unstoppably driving events down a devastating path

The piece is beautifully underscored …. subtle and eloquent and is the perfect setting to the performance

The scene changes via singing chorus and the sound design (credit to Sarah Llewellyn) were absolutely mesmerising.  Enhancing the ensemble energy, it was excellently paced and was an exercise in aural spaces, filling the theatre with ominous feeling and anticipation…..the captivating story that leaves you with a hauntingly bittersweet echo of romance and tragedy.

Voices echo from the back of the stage, haunting music punctuates the action and subtly changing lighting takes us to dark places

sounds of broken hearts resound in the amphitheatre. Music is also integral in this adaptation. Sarah Llewellyn, who is the Composer and Sound designer, has created a electric-acoustic score; ‘with distinctive music helping to illustrate the passing of time and the journeys within the play’. .. It is soft and captivating. The actors themselves performing the vocal chorus on the edges of the stage….This is an expertly devised adaptation …… It is refreshingly staged and emotionally gripping. 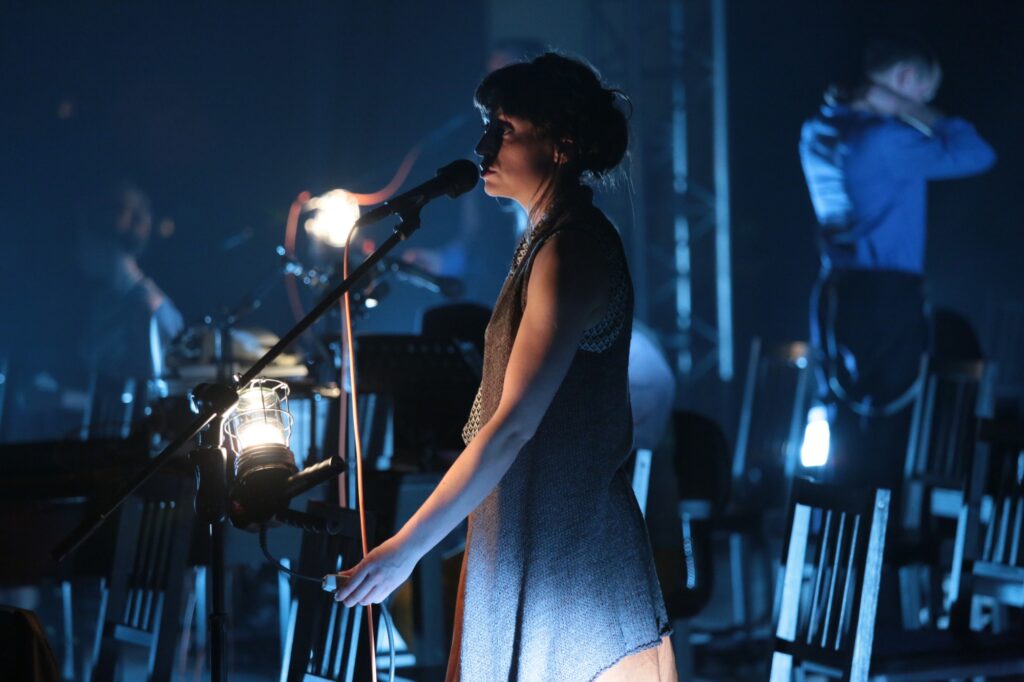 Love and Loss: A Tale of Two Cities

SarahLlewellynTonal · Extracts From The Bastille 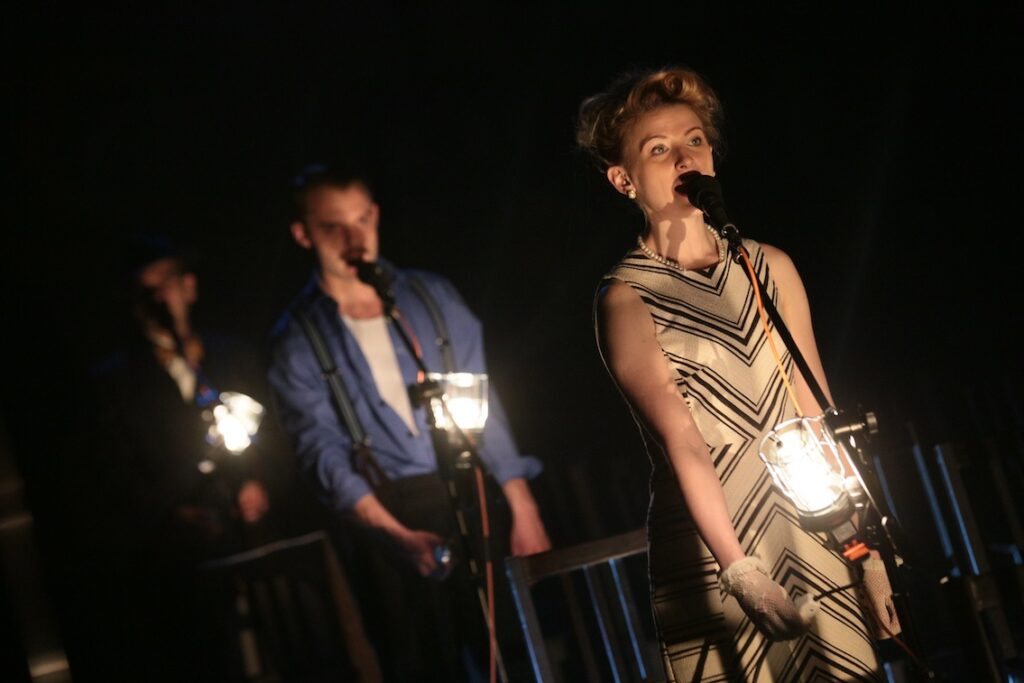 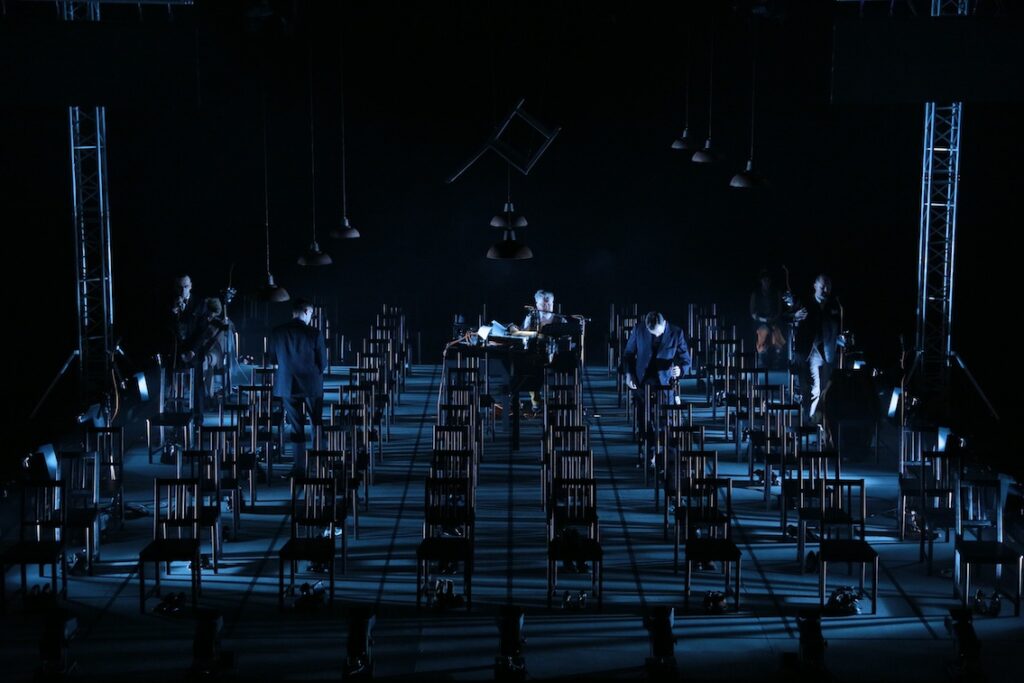 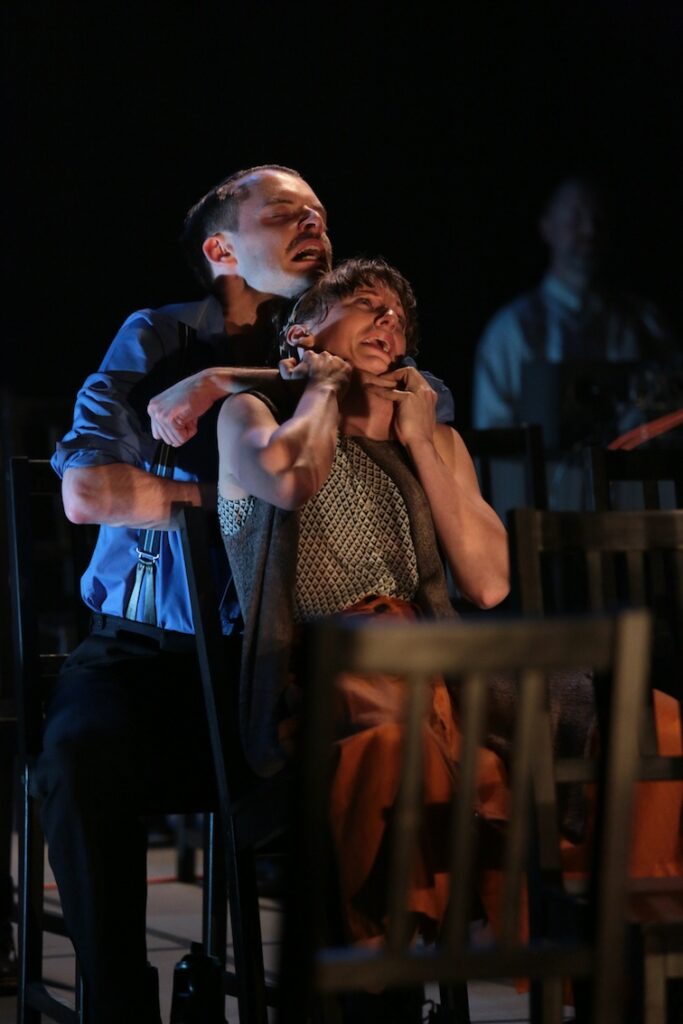 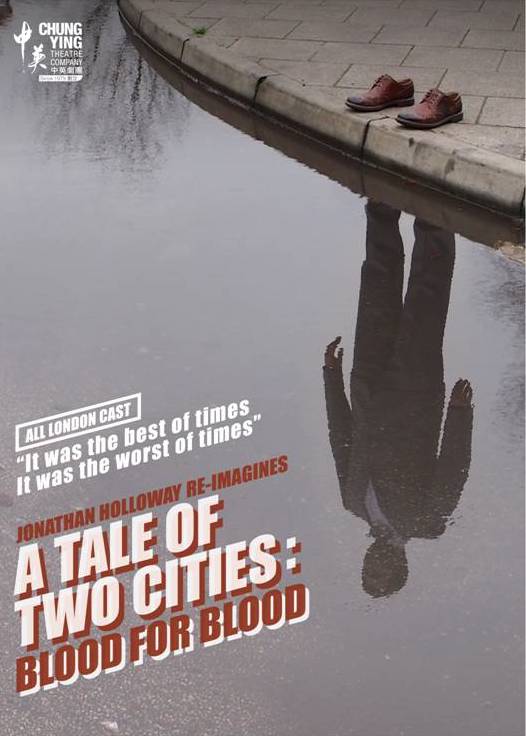