Sarah is a terrific collaborator. She responded to Oscar & Jim instinctively and created a beautiful and unique suite for the film, helping us fit it together with the pictures. She’s fun to work with – and she’s fast

‘He wants to see Jim Morrison’s grave. She wants to see Oscar Wilde’s tomb. TheirEurostar leaves Paris in two hours. Sex and death, biscuits and cakes: a romantic city break with a difference.’

Oscar and Jim began its life as a play, presented at the High Tide Festival and subsequently read at the Soho Theatre. Reviewers loved it, ‘hilarious’ and ‘deliciously bizarre’ and it took on a new life as a movie.

It went on to win the First Prize of the Rhode Island International Film Festival for Best Short Film. 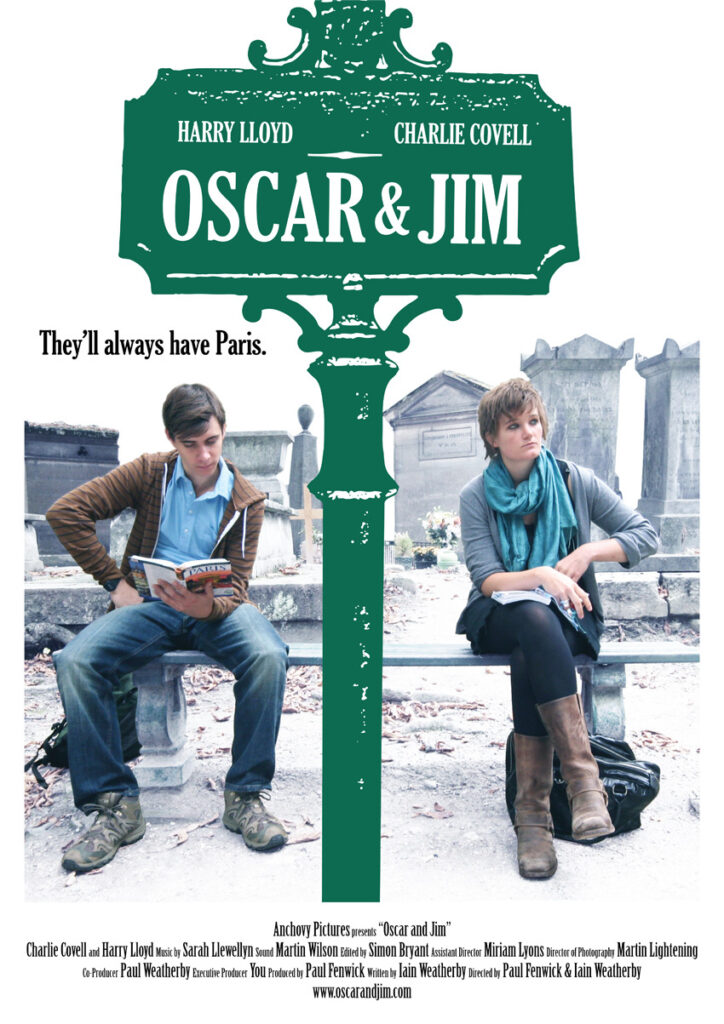 Paris in the Spring

Music by Sarah Llewellyn
Music performed and produced by Tonal featuring Faith Elliott on accordion, Karen Hutt on percussion and Sarah on piano.