Hear Her Song, The Canales Project is a musical celebration of extraordinary women.
Kakenya’s Dream premiered this year in the US Washington DC and then went to San José.
It came to the UK summer 2019. New York performance Autumn 2019.

The Canales Project commissioned Sarah to compose an original song in honour of and inspired by Kakenya Ntayia. She collaborated with Gaynor Winstanley who wrote the lyrics.

The song ‘Kakenya’s Dream’ premiered in the US in May 2019. Washington DC at the National Gallery of Art with following performances in San José, CA at the Hammer Theatre Centre. It received it’s UK premiere in June 2019 at the Arena Theatre, Wolverhampton. It will be performed in New York in October at Joe’s Pub. 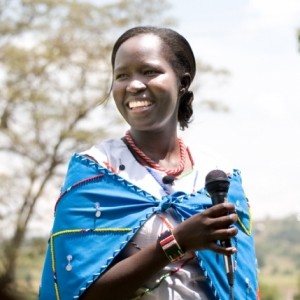 Kakenya Ntaiya is a Kenyan educator, feminist and social activist.

She is the founder and president of the Kakenya Center for Excellence, a primary boarding school for girls in the Maasai village of Enoosaen. The first class of 32 students enrolled in May 2009. The center requires that parents agree not to subject their enrolled daughters to genital mutilation or forced marriage.