A new score by Sarah for The Bells by Leopold Lewis. Booked at the Unity Theatre for Jan 2015 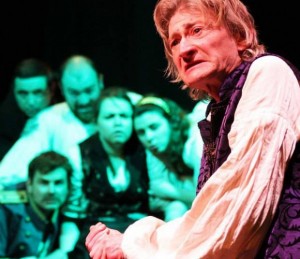 A mountain village with a terrible secret at its heart. Isolated by the worst snows for 20 years, villagers remember that earlier storm and the mysterious disappearance of a foreign merchant.
A rare chance to see a brilliant adaptation of the classic Victorian melodrama.

Sarah is musical director and has been commissioned to compose music for this new production of The Bells. A translation by Leopold Lewis of the 1887 play The Polish Jew by Erkmann-Chatrian.

Live music and songs will feature in this new adaptation by Deborah McAndrew performed by a 10 piece ensemble with Mathias played by Mike McCormack.

Read an interview of Mike McCormack behind the scenes and what drew him to this project.

Find out the latest news about the show here