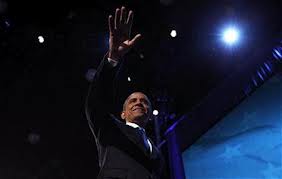 A short Haiku poem by Gaynor

We all left lights on,
Autumn votes, like leaves settled,
Welcome back Barack. 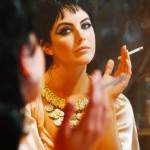 Finishing the research and development phase for CineCity Love which included watching Cleopatra with my Nan last week up in the Lake District.

The filming has finished now and post production underway. Here are a few of the stills taken on set by Gerry Maguire. 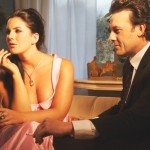 Also really happy to be collaborating with Karen Hutt on this project who will be writing with me and is currently liasing with the Fames Orchestra in Macedonia where we will visit in the New Year and record the orchestral score. 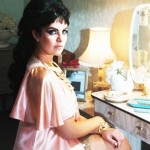 The sheer power of a live band… 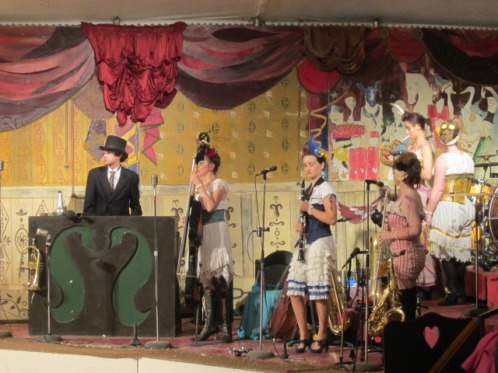 “The band, saucily clad in suspenders and bustiers (the females I hasten to add!) really add to the live and spontaneous enjoyment factor – superb music with a hint of burlesque!”

Nothing beats live music. The sheer vibrancy and life that live musicians convey is unbeatable. Sarah’s work with Giffords Circus over the last four seasons has never ceased to confirm this as this is an element which is at the core of Tonal’s drive to constantly achieve and provide the highest musical quality.

The Saturday Book is only on for 2 more weeks, catch Giffords’ latest pearl in Cirencester until the 16th September!

The Pool of Blood team ventured out to the Royal Mile to promote the show  at the Surgeon’s Hall, Edinburgh. Roll up roll up!

Video blog of the team getting into the Surgeon’s Hall and teching the show, when my old hard-grafting circus skills come in handy and getting a barrel through a door proves trickier than imagined…!

Video blog of the eight day of rehearsals at the Joe H. Makin. Pool of Blood, LJMU’s show will run from 3-11 August at Edinburgh festival.

First day on the LiverPool Of Blood with a fantastic cast.

It’s great to start working with them all and hearing the songs come to life!

Lovely to be working with director David John Llewellyn and Ros Merkin and writer Andrew Sherlock, performances at Surgeons’ Hall Museum at the Edinburgh Festival Fringe 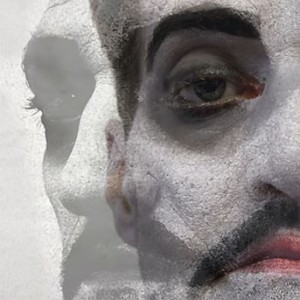 Giffords Circus’ 2012 show The Saturday Book is now well on its way into its summer tour around South West England, brilliantly brought to life by Sarah’s music 2 to 3 times a day 5 days a week. 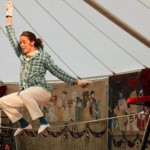 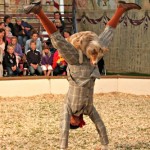 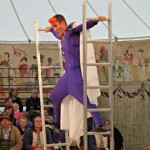 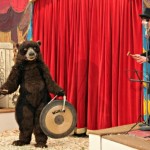 Sarah began writing the music for this show in January which culminated in a gruelling 1 month and a half rehearsal period, where she worked against the clock, composing the core of the music in the sawdust alongside the circus artists and this year’s director, Cal Mc Crystal.

She is once again supported by the very talented and hard working Giffords Circus band made up of 8 musicians, who carry the soul and spirit of her music, which apparently is “the highlight of the show”.

Do go and see it as its a circus show you’ll never forget. It’s touring until September 15th. Visit Giffords Circus’ website to book your tickets NOW!